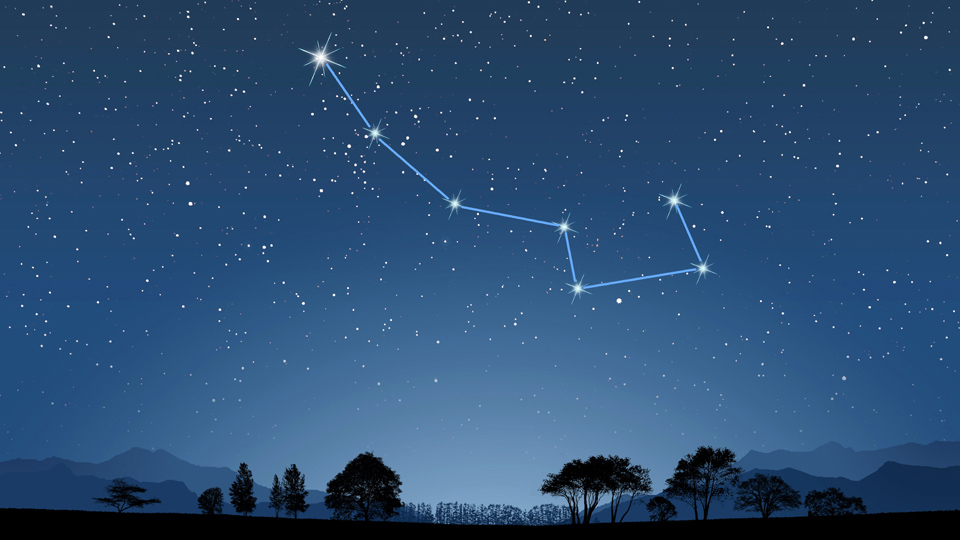 Our sky is split into 88 different sections called constellations, which have been recognised and used by humans for centuries.

When you look at the sky on a clear night, it's a spectacular sight.

You can see stars, the Moon, maybe even planets but can you see a great bear, a hunter or a scorpion?

Ancient civilisations believed that they could see patterns formed by stars.

They called them constellations.