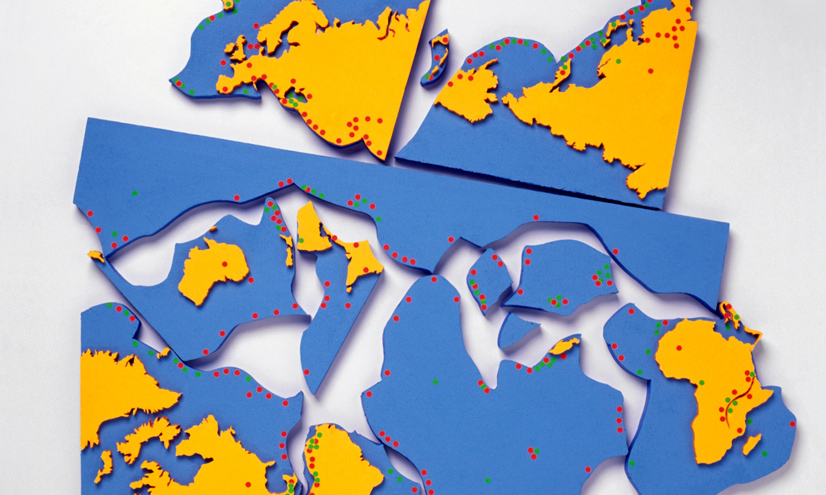 From volcanic eruptions to massive earthquakes to tidal waves, Earth's tectonic plates can be responsible for catastrophic natural disasters.

Although the Earth's surface may seem very static, it's actually moving.

The rising and falling of heat deep inside the Earth causes convection currents.

These can drag the plates apart, causing them to travel a few centimetres every year.

This might not seem much, but the effects are dramatic.

It's what causes earthquakes, ...