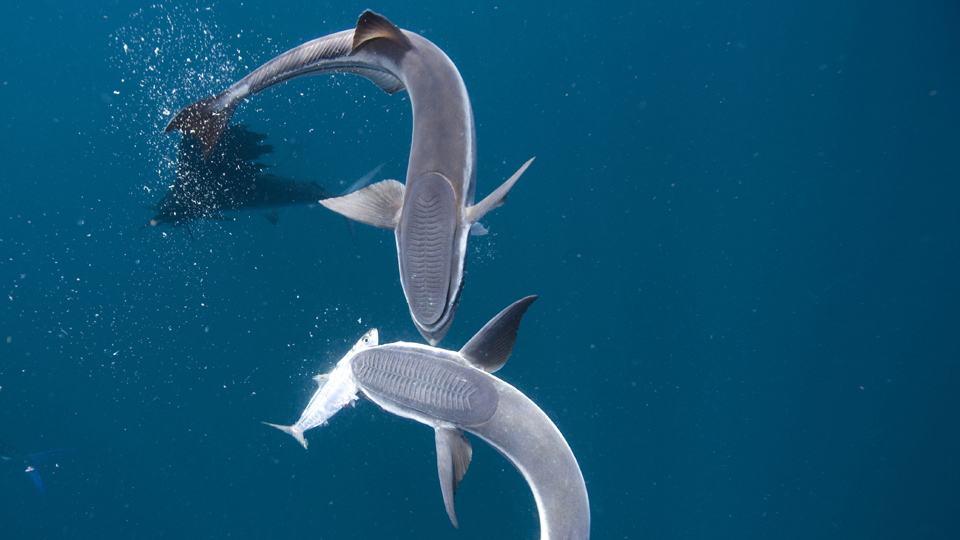 The remora fish has a unique way of conserving energy.

It attaches itself to sharks, manta rays, and even whale sharks, and covers many kilometres hitched to its host.

The remora fish has a large suctorial disc on the top of its head, ...