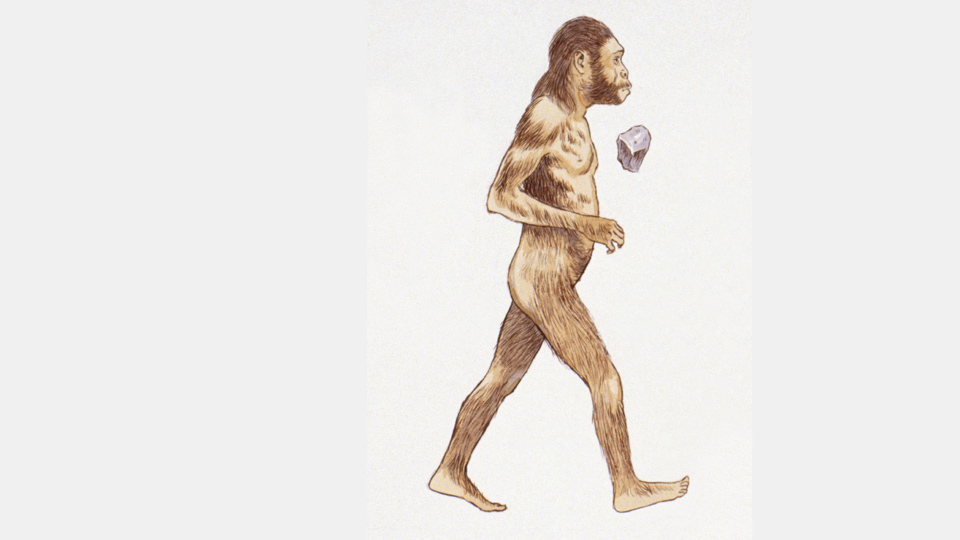 Homo ergaster had a huge brain and lived in complex social groups, but his evolution was stunted for a million years, until he discovered fire.

1.5 million years ago, a new breed of ape-man had evolved from Homo habilis.

In Southern Africa, Homo ergaster had taken the next steps to becoming human.

The fossil record reveals that they had long noses, which cooled the air as they breathed.