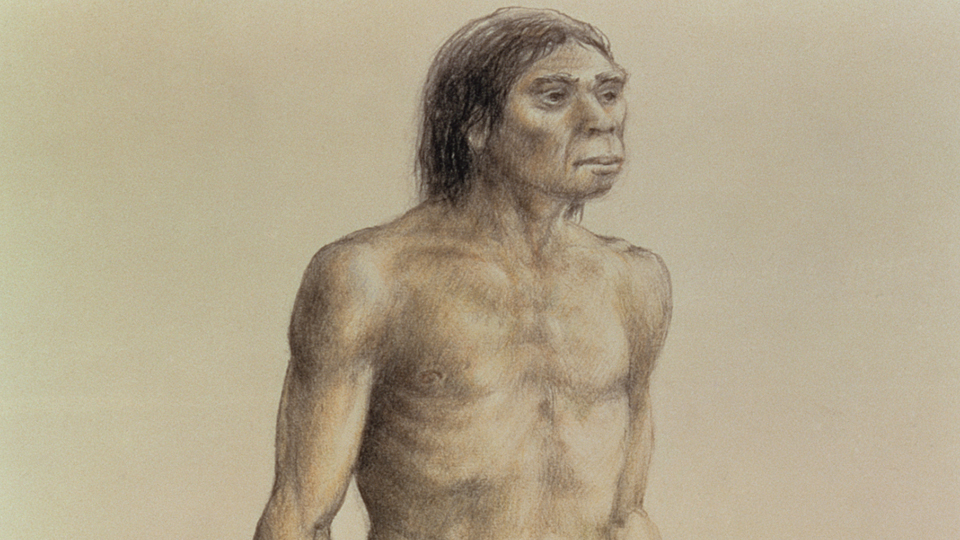 While Homo sapiens in Africa faced drought and extinction, Neanderthal Man in Europe had adapted well. But the development of a crucial tool - imagination - changed everything.

Nearly half a million years ago, an advanced species of human roamed Europe.

They used sophisticated tools, and lived in close-knit family groups.

However, heidelbergensis were missing something vital.

They could only see the world as it was; they ...